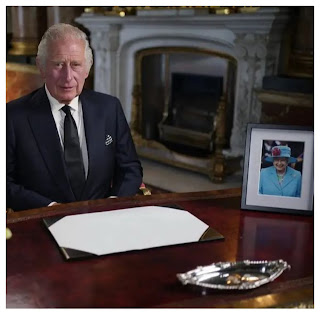 At the moment Queen Elizabeth II died, Charles became the King. He could have been known as any of his four names—Charles Philip Arthur George. He chose to be known as King Charles III.

He was officially proclaimed King today at St. James’s Palace in London. Charles will be formally crowned at the coronation (state occasion), which will happen at a later date.

King Charles is now head of the Commonwealth, an association of 56 independent countries and 2.4 billion people! In 14 of these countries, as well as the U.K., Charles will be head of the state.

Yesterday, from the blue room at Buckingham Palace, King Charles gave his first speech as monarch. He vowed to serve ‘with loyalty, respect, and love’. He also pledged to uphold the Constitutional principles at the heart of the nation throughout the remaining time God grants him.

He was the longest-serving heir apparent in British history. King Charles has big shoes to fill and hopefully he will reign with the same dignity, grace, and compassion as his beloved Mother.