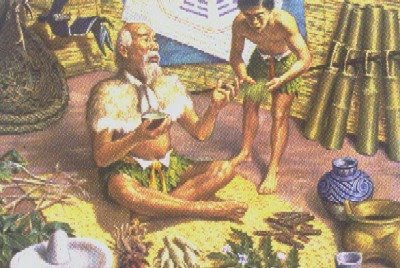 The History of Tea

According to legend, in 2737 BC, Chinese Emperor Shen Nung was boiling drinking water over an open fire and a few leaves from the Camellia Sinensis plant fell into the pot of water. He drank the mixture, and being known as the Devine Healer, declared that it gave one "vigor of body and contentment of mind."

Tea drinking became a popular social custom for China's elite. But it took until 1640 for tea to make it Europe and until 1670 to sail to the Americas. Then tea really took off!

At the World's Fair in St. Louis in 1904, Thomas Blechynden was trying to sell his hot tea, but because of the hot weather, no one was buying, so he added ice, and VOILA! Southerners have to thank this man, because today iced tea is considered the "table wine of the South."

So, all tea comes from the same plant, a first cousin to the Southern camellia bush--Camellia Senensis (a warm-weather evergreen). It is the region it was grown, the time of year picked, stages of processing, and contact with oxygen that determines the types of tea that end up in your teacup. 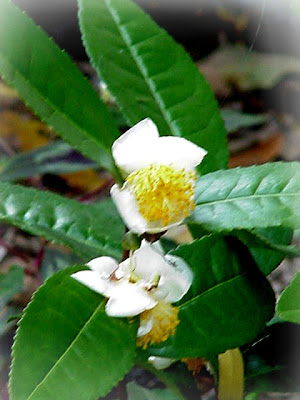 The tea leaves are withered by spreading them and allowing them to become limp. Machinery is used to roll over the leaves and rupture the leaf cells. Oxidation is the process that exposes the leaf juices to air. The leaves are then fired with heat to stop any further chemical changes and dry the leaf. After processing, the leaves are then sorted by size. Remember it is the amount of time the leaves are oxidized that determines the tea type--the less oxidation, the lighter the tea; the more oxidation, the darker the tea.
It's important to know that all tea comes from the Camellia Senensis plant and contains caffeine, but less than half the amount of caffeine as coffee. Tea may be partially decaffeinated, but it will still contain caffeine.

So now you have a brief of history of tea and how it is processed.
Posted by Miss Janice at 6:00 AM

WOW. This was so interesting. Thank you for sharing.

Very interesting. I didn't know this was hot tea month. I love your posts, they are always enjoyable.

I grew up with the heavily oxidized black tea and only in the past 30-35 years have developed a taste for the more delicate and lighter teas.
Really enjoyed the primer.

I enjoyed reading your post, your header is lovely. I saw a blog somewhere, and she is growing her own tea. I wish I could get hold of a plant and give it a try. lol I know it likes costal climates, maybe it would work for you in Florida.

I appreciate this useful information. Thanks a bunch!

Well,we DO learn something new everyday! I love tea and drink iced tea all through our cold winters!
Donna

one of my new year resolutions was to learn one new thing every day! Now...that is one less thing I need to do today! thanks for this post...I had no idea!

Thank you for this post. Just the other day we were wondering when people first started adding ice to their tea!
Valerie

My mother has always had a glass of iced tea with lemon next to her. I'm a Diet Pepsi girl and I agree with you...I hate the View!