The 95th Miss America pageant is this Sunday and the winner will be crowned by Miss America 2015, Kira Kazantsev during the live ABC broadcast from Atlantic City, 9-11pm.

Chris Harrison and Brooke Burke-Charvet will be the hosts for the evening.

But the big news is...
Vanessa Williams will return to the Miss America stage as a Head Judge!  Remember her Miss America reign?  In 1983 she became the first African-American woman crowned Miss America.  Seven weeks before the end of her reign, a scandal arose when Penthouse magazine bought and published unauthorized photos of Miss Williams.  She relinquished her title and was succeeded by the first runner-up, Suzette Charles. 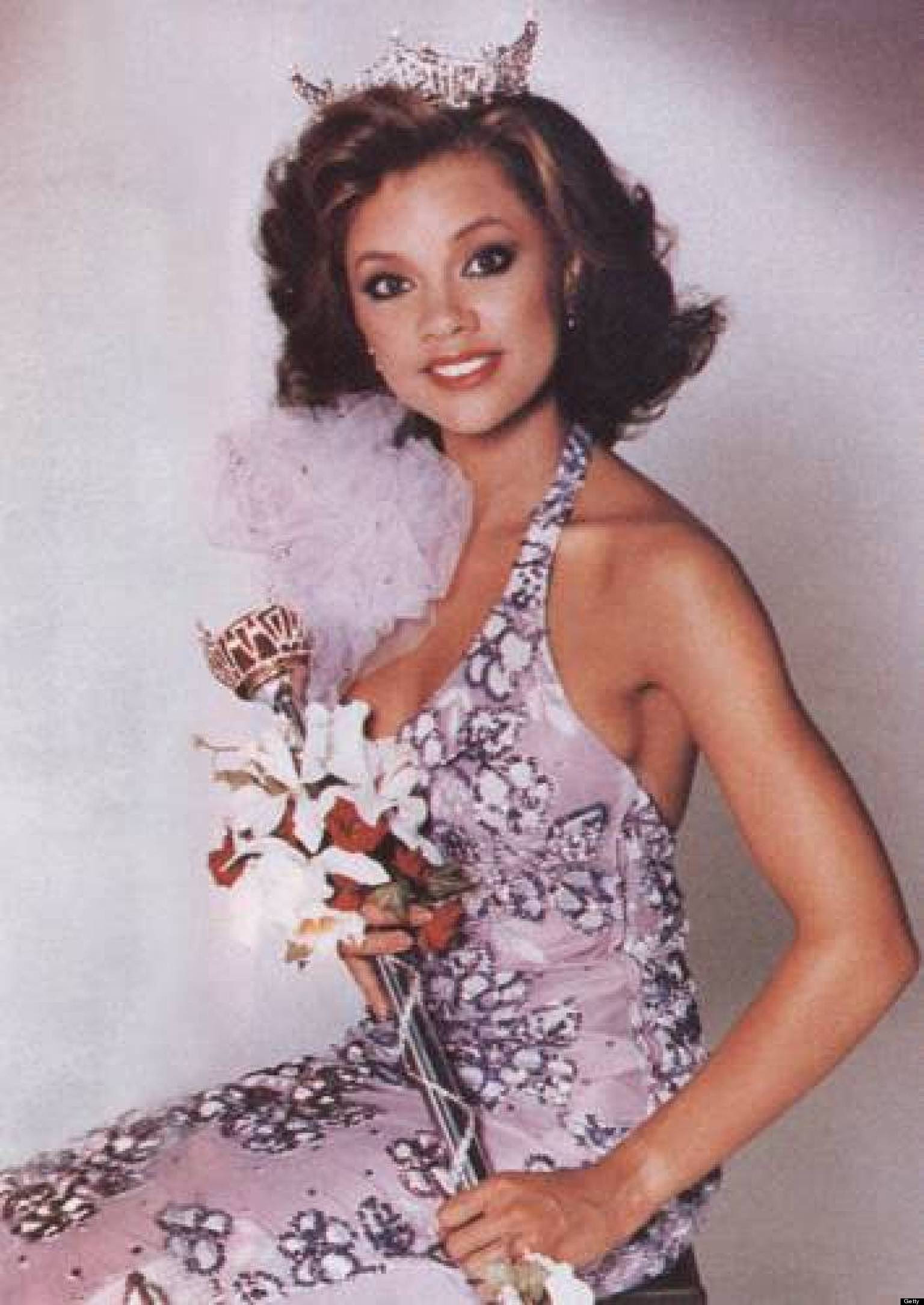 Vanessa Williams then launched a career as an entertainer, earning multiple Grammy, Emmy, and Tony Award nominations.  There just might be drama y'all, so you don't want to miss it!
Vanessa was beautiful in 1983 and is just as beautiful 32 years later.

So, who will win the coveted crown this year?

Here are my picks for the top five...in no particular order: It's a weekend full of football games and my favorite pageant ever.  Good luck to all the contestants!

I've been watching the Miss America pageant since I was five years old! It's a tradition for my daughters and I to watch it together and we are looking forward to it! Love your top picks!

Wasn't it fun?! A tradition that I hope never goes away!