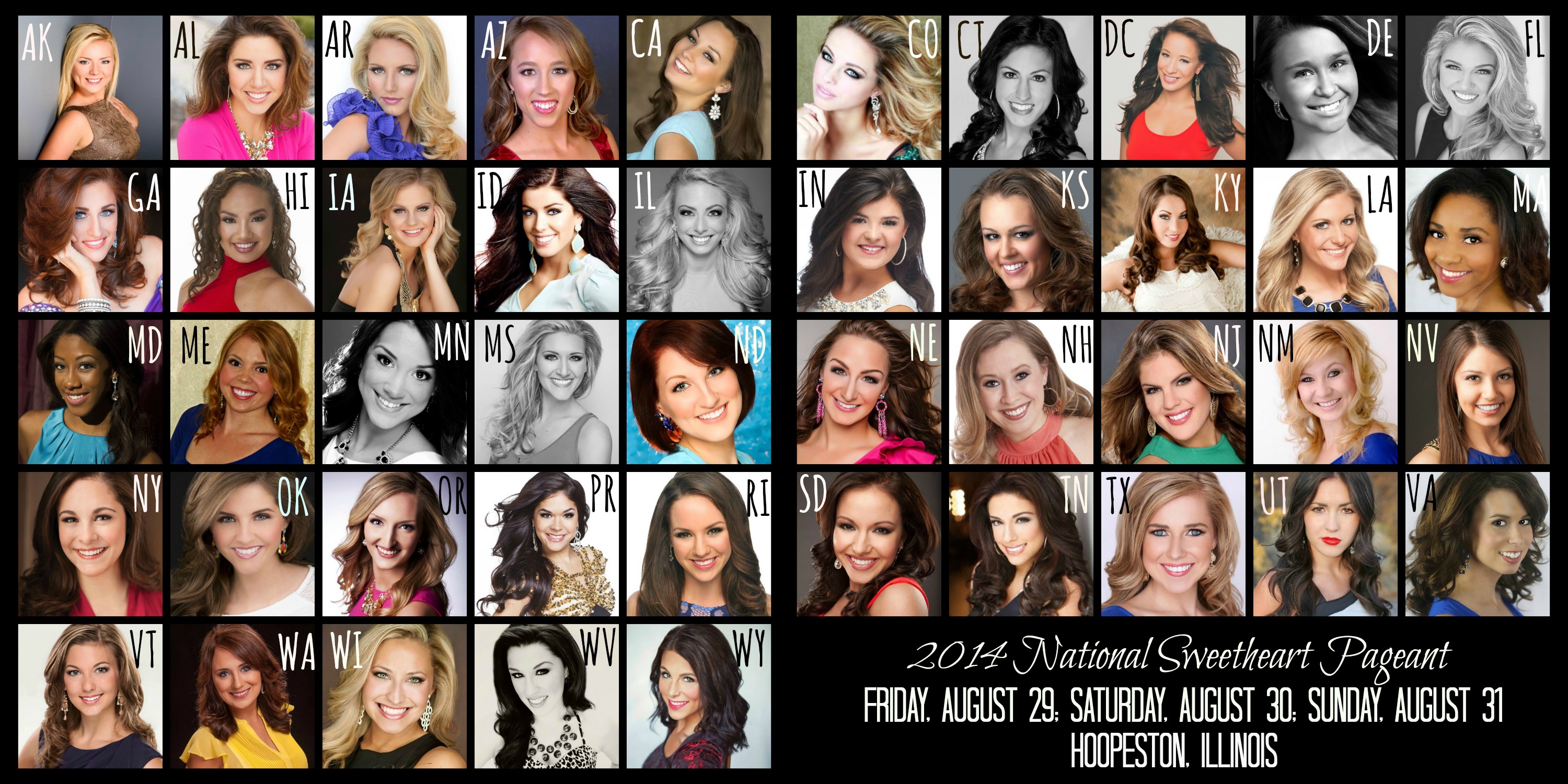 How cute and adorable is her LSU tailgate display? 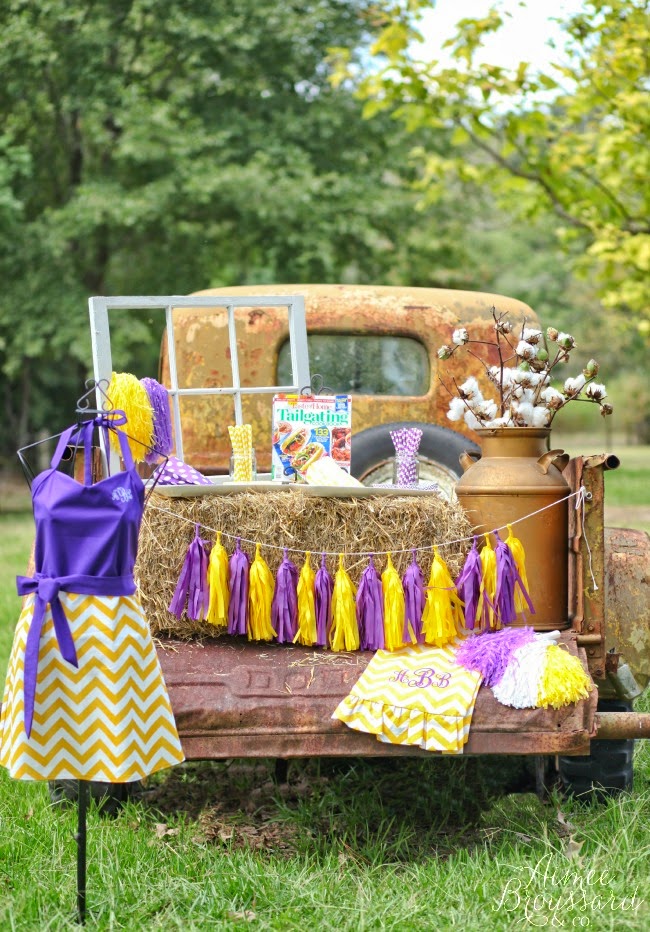 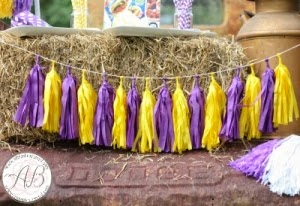 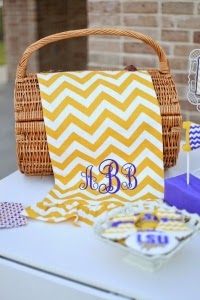 And this adorable apron... 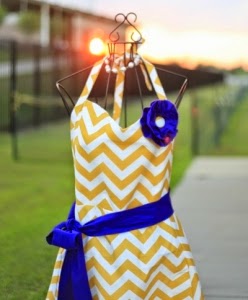 Aimee's cookbook is The Traveling Apron, with recipes for Gameday parties! 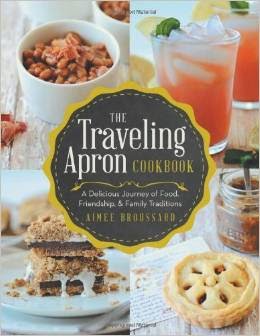 It's that time y'all.  Are you ready for some football?

Row Boating at the Dining Table

Are you guilty of row boating at the dinner table?

Here is an example of what not to do...When you place your flatware onto the plate and onto the table at the same time, that is row boating.  This is a dining etiquette faux pas y'all. 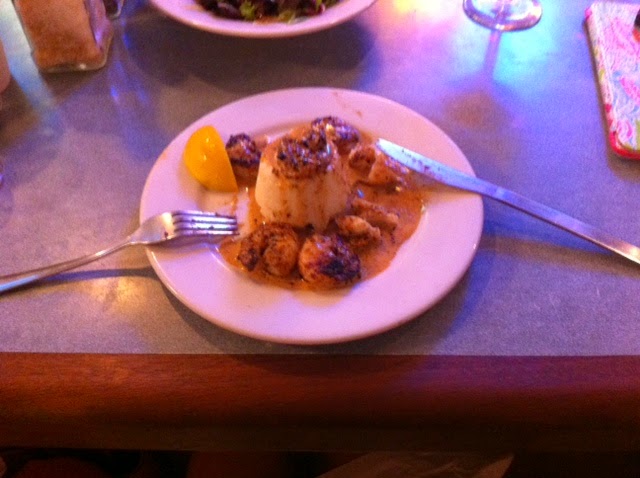 Once you pick up a piece of flatware at the dining table, it should never touch the table again. 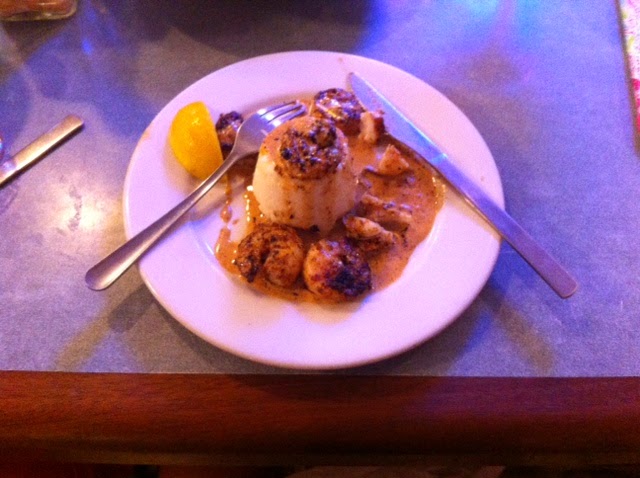 Here are some displays to help you remember where to place your flatware while dining:

In the American Style of Dining, the food is anchored with the fork, tines down in the left hand and cut with the knife in the right hand. The knife is then placed on the upper right hand side of the plate, with the cutting edge of the knife facing the center of the plate. The fork is switched to the right hand and the food is conveyed to the mouth with the fork, tines up. This is the style of dining most Americans are familiar with.

"I am resting" (American style) 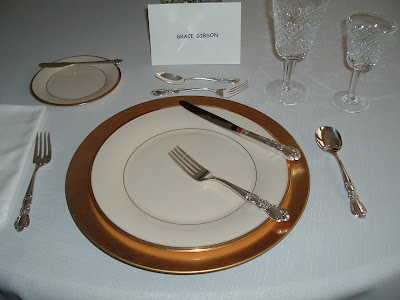 "I am finished" (American Style) 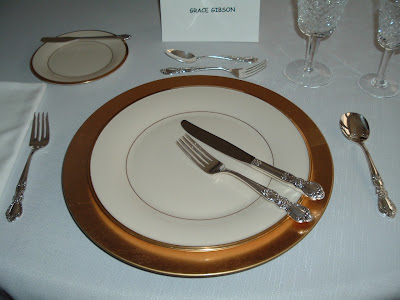 "I am resting" (Continental style) 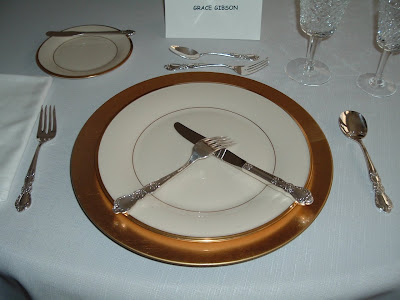 "I am finished" (Continental Style) 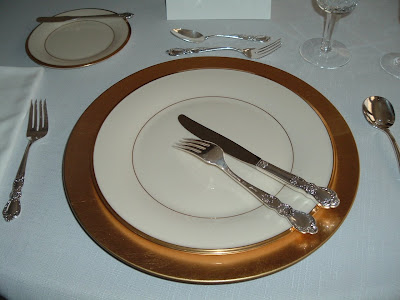 A belated congratulations is in order for the winners at the Miss Warner Robins/Miss International City Pageant.  I attended the pageant a couple of weeks ago and can say that it was such a professional event.  The girls were not only beautiful, but talented also!

Here are the new Queens:

Miss International City 2015, Charlene Bibeau and Miss Warner Robins 2015, Betty Cantrell.  Both of them are gorgeous and talented ladies!  They were my favorites to win. 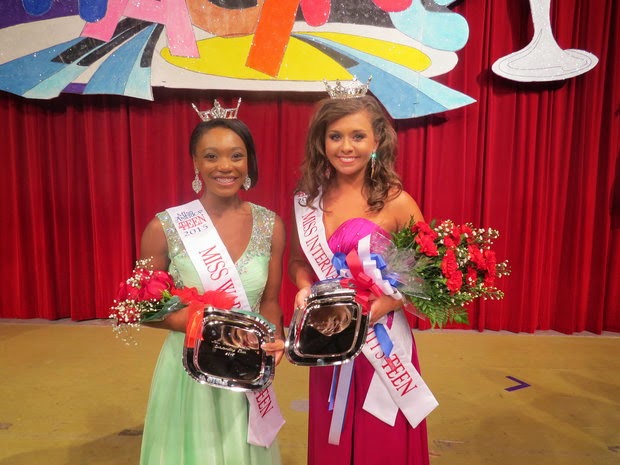 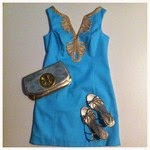 The emcees for the pageant were two beautiful ladies...Kimberly Hilliard Sharpe, Miss Warner Robins 1989 and her sister Kelli Hilliard, Miss Warner Robins 1991.   {They did an awesome job!} Along with the judges, the emcees received goodies from a local bakery in Warner Robins...Wilson's Bakery.  They talked on and on about how delicious the treats were that they received.  Of course, I had to stop in to check the place out for myself on my way out of town to see my friend Joy in Tybee Island.

They have a variety of goodies to choose from and I took quite some time deciding what to get. 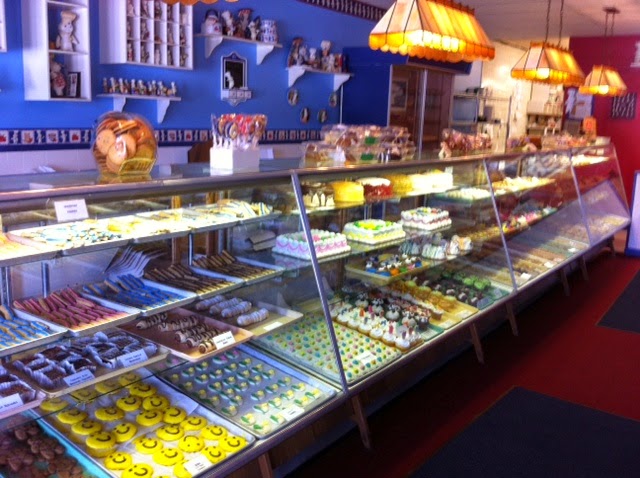 I settled on these to take to Joy's...The doughnuts are covered in chocolate and nuts y'all.  Lord have mercy, we had them for breakfast the next morning and they were delicious!  Wilson's is well-known in Middle Georgia and loved for their finger cookies--the ones on the right-hand side in the box.  They are definitely good too.

Today I'm traveling to my new home in Warner Robins, Georgia.  I'm ready for this new phase in my life and happy to be going back to the land of my birth...the Deep South.  Y'all pray for me...I'm gonna have a hard time resisting Southern cooking on a daily basis.
Posted by Miss Janice at 5:30 AM 2 comments:

When checking out of a hotel recently, I got tip dizzy!  I tipped room service for my breakfast, then I tipped the lady who cleaned my room, the gentleman who took my bags downstairs, the gentleman who retrieved my car from valet.  Lord have mercy, this tipping just doesn't end.


Many workers do rely on tips as the major part of their income, but in today's world, it seems like everywhere I go there is a not-so-subtle tip jar.  I really believe that I tip out of habit now instead of rewarding special service.  To be honest, I find that I tip people who really didn't deserve it...just to be nice. You know...the waitress who was having a bad day or maybe she just doesn't like her job--yes, I tip those people.  Of course I tip 20% at Starbucks for my $4-5 coffee beverage...because there's a tip jar on the counter.  I'm so use to tipping at Starbucks--the other day I ordered a Starbucks inside Barnes and Noble. I didn't see a tip jar, so I asked the Barista if he accepted tips.  He said "Yes, we do, but we are not allowed to keep the jar on the counter."  So I tip there too, even though there's no tip jar.  At the gym, we had a beverage bar and of course they also had a tip jar.  Everyone wants a tip!

Do you wonder who to tip and how much?

Here are some tipping guides {pre tax}:
Waitstaff at a sit down restaurant 15-20%
Waitstaff at a buffet 10%
Take out food server 10-15%
Bartender 15-20%
Restroom Attendant $2
Valet $1-$5
Hotel Maid $2 per person per day
Skycap/Bellhop $2 for the first bag and $1 for additional bags
Taxi Driver 15-20%
Spa Workers 15-20%
Hair Salon--Some people like to tip the shampoo person, the color person, and the hairdresser seperately.  I would leave 15-20% of the total bill and request that the tip is split among those who served you.

When should you withhold a tip?  There have been a few rare occasions that I did not leave a tip at all. When a person is very rude to me, I will not leave a tip.  If someone gives me service that is not good, I will tip less than the recommended amount.

Do you just tip out of habit, maybe to save yourself embarrassment or do you tip according to the service you receive?