Grace of Monaco - The Movie

Tonight Grace of Monaco will air on the Lifetime network. This is a biopic of one of France's most iconic movie stars and her rise from actress to royalty.  Princess Grace is my all-time favorite royal...her palace was the first stop I made on my very first visit to Europe many years ago.  Even though the film opened with negative reviews at the Cannes Film Festival and received thumbs down from the royal family of Monaco, I'll still be watching...just to see for myself--and of course, to see Nicole Kidman wearing fabulous gowns! 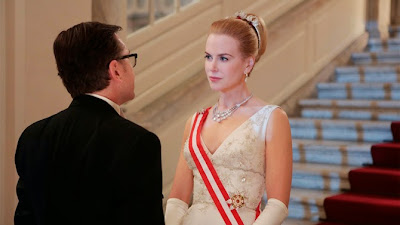 The film focuses on Kelly's life after she wed Monaco's Prince Rainier in 1956...struggling between her new life as a royal and a temptation to return to acting in Hollywood after an offer from Alfred Hitchcock. 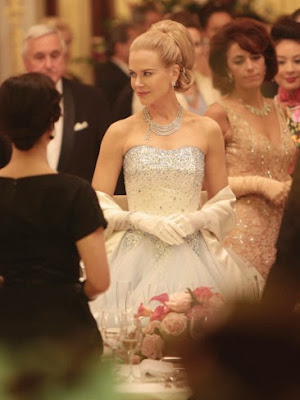 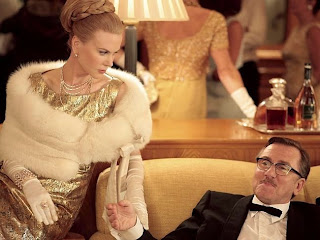 Nicole Kidman as Grace and Tim Roth as Prince Ranier

"She (Princess Grace) fascinated me and still does and obviously she fascinates the world."
~Nicole Kidman

I watched about half of this movie until my son came out and wanted to change the channel. He was having minor surgery the next day, so I felt sorry for his little teenage heart and let him turn the channel. Did I think to press "record?" No! But the parts I saw were stunningly beautiful. Grace Kelly was such a strong, beautiful woman and Nicole Kidman is also a stunner.

Did you like the movie? It hasn't garnered any good press, however I don't as yet know anyone who's watched the movie.

Yes I did! I love Nicole Kidman!

This is really an interesting topic. Congratulations to the writer. I'm sure a lot of readers having fun reading your post. Hoping to read more post from you in the future. Thank you and God bless!